GAM works to offer both and international and national art program, one that is contemporary, diverse and of quality. The program is mainly composed by our own productions and pieces selected through an open national call for theater, dance, performance, circus, popular music and visual arts.

GAM art program mainly encompasses performing art, visual and musical works. The national and international program aims to be diverse, of artistic quality and accessible to different audiences. Together with performances open to the general public, there are educational initiatives and relaxed performances, widening the access to culture and favoring the development of new audiences.

The program is mostly made up of pieces selected through a national open call for both the premiere or revival of a show. Also, GAM produces or coproduces, together with institutions and artists, new pieces every year. Also, there is an important international program composed by series and festivals which is also presented in the cultural center.

Program selection is focused in contemporary proposal which in many cases cross disciplines and languages. Regardless, the main performing arts disciplines presented are theater, contemporary and urban dance, performance and circus, both for adults and the whole family. These contemporary works are not limited to texts produced today, they include classic re-readings of international and, above all, national authors. The annual open call considers all of these scenic arts. The building contains halls with different characteristics to answer the specific needs of each staging. 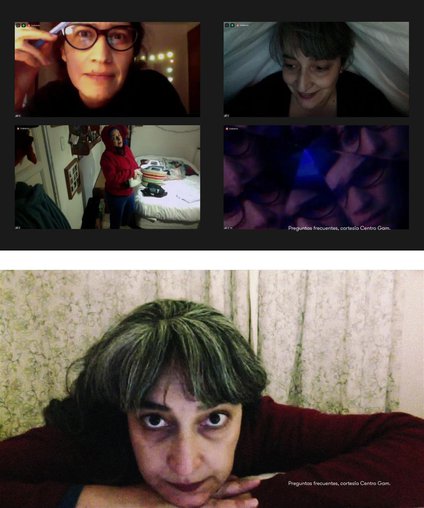 The music offer includes both classical and popular music. Popular music is mostly select through an open call and classical music is presented through alliances with academic and state institutions. The cultural center counts with a music hall specially designed for concerts and a recording studio that can be booked through an application.

GAM presents several exhibitions at the same time in its Visual Arts Hall, BiblioGAM and the MAPA Hall for Popular Art. Plus, its squares and interior spaces can exceptionally house exhibitions. The proposal focuses on photography, design, architecture, and contemporary art. The open call allows for the application for the Visual Arts Hall and BiblioGAM. 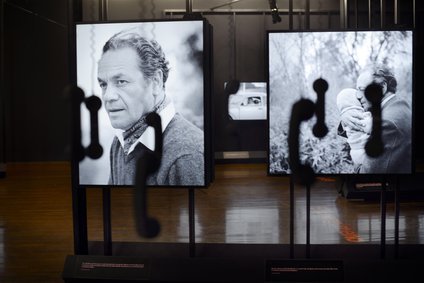 The programmatic proposal also considers seminars and workshops developed by the Audiences Unit, calling upon specific groups like cultural agents, disabled people, teachers, students and the elderly, among others.

Also, GAM hosts conferences of varied themes, organized by GAM and other art, cultural and academic institutions. In the building there are two halls specially equipped for these activities. 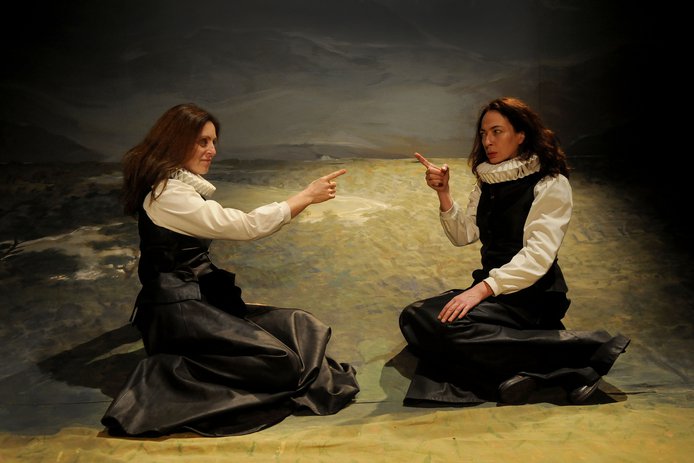 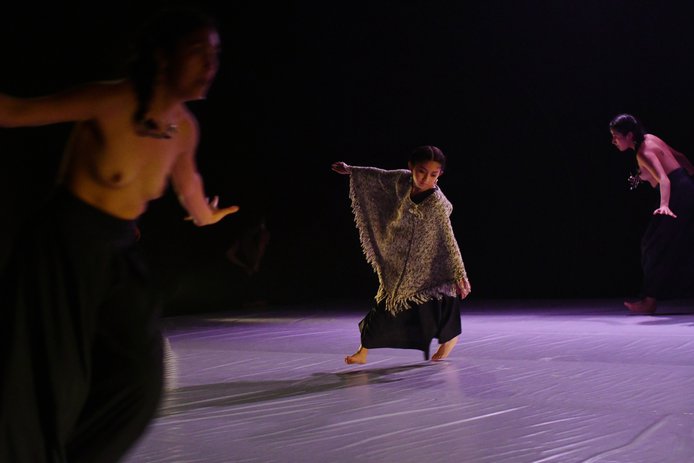 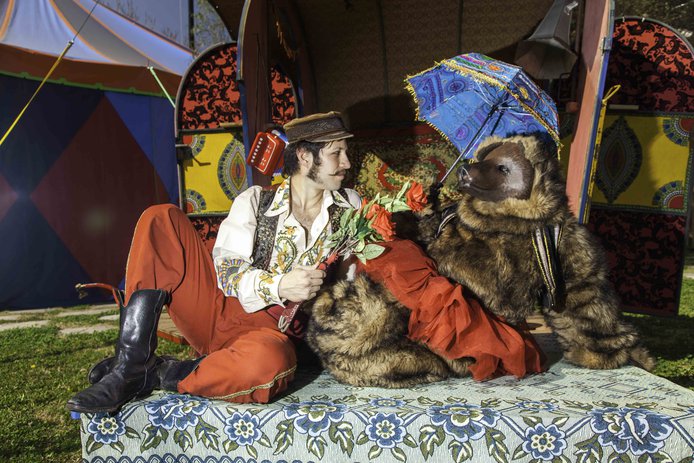 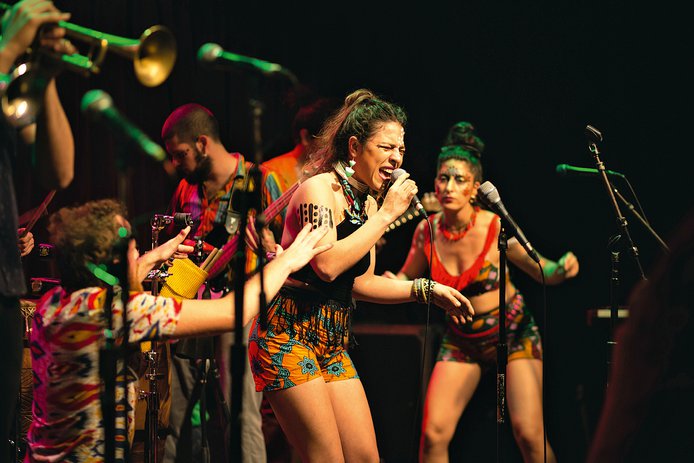 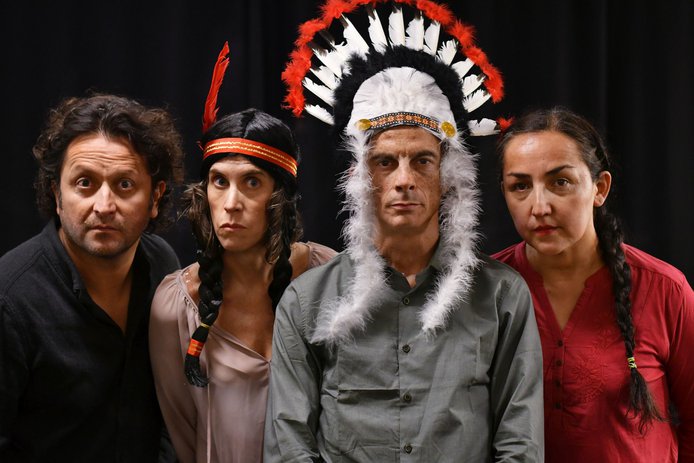 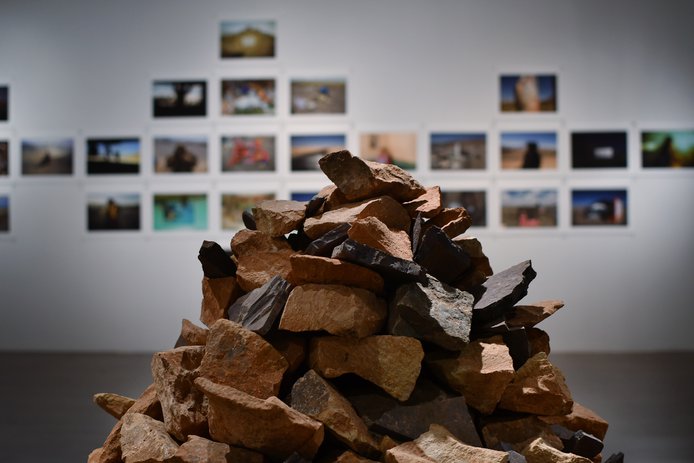 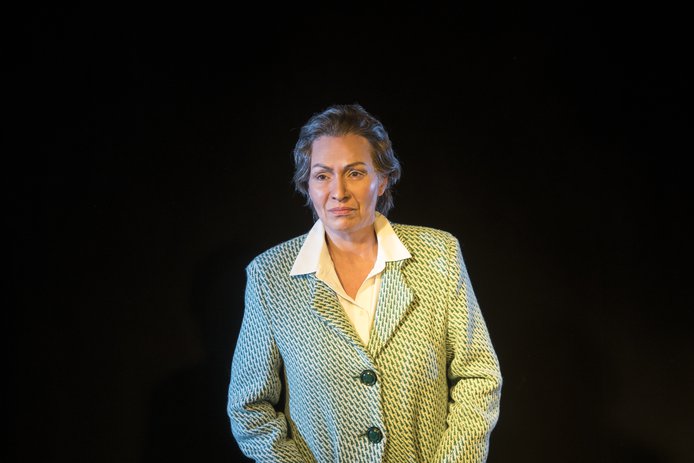 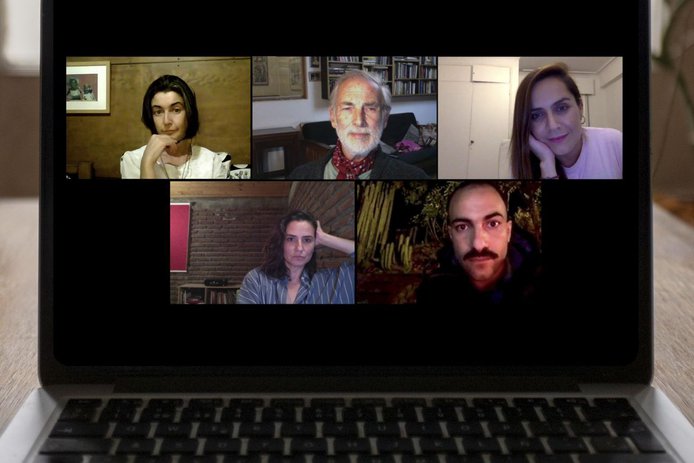 Each year, GAM opens an application call for national creators from every corner of the country to show their artistic projects and present them in the different spaces offered by the cultural center. The call is the main source of the events presented each year. Its goal is to geed a diverse program of quality, encouraging regional participation to contribute to the decentralization of culture. The open call is formed by specific lines of application for scenic arts, visual arts and music.

Within GAM’s 22,000 square-feet there are halls, squares and open spaces with different characteristics allowing the presentation of theater, dance, circus, performance, classical and popular music, conferences, exhibitions, fairs and more. There is a library, BiblioGAM, which can also house several activities. And there is also a recording studio. All these spaces are used for GAM’s art programming and, at the same time, they are available to be rented for academic, corporate and private events.

These are the biggest scenic art halls in GAM. Sala A1 was specially designed for chamber and acoustic music, allowing for the comfortable participation of a choir. Sala A2 was thought for dance and theater with a large stage of 12 x 15 meters. They are located on the first floor of the A Building. 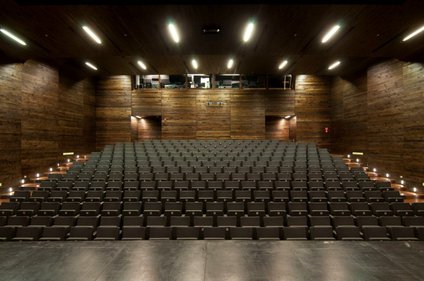 Originally conceived a rehearsal rooms, they were adapted for the staging of scenic art pieces of theater, dance, circus and performance. Its space is large and adaptable. They are located on the second floor of the B Building. 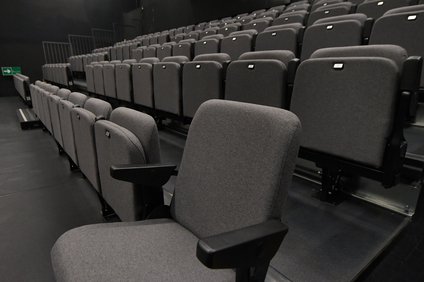 This is GAM’s main space for exhibitions, equipped with special illumination and climate control. It has two 90 square-feet floors. Its located in the first sub-level of the B Building. 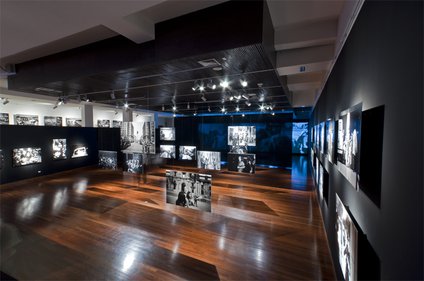 The music recording studio can be booked through an application to GAM’s open call. There’s a music rehearsal room right next to the studio, that can also be booked. It’s located on the second floor of the B Building. 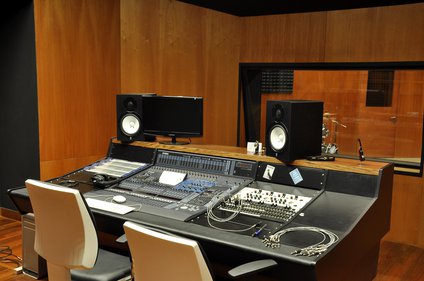 The conference rooms count with audio system, boxes for simultaneous translation and a projection system. They are located in the first sub-level of the B Building. 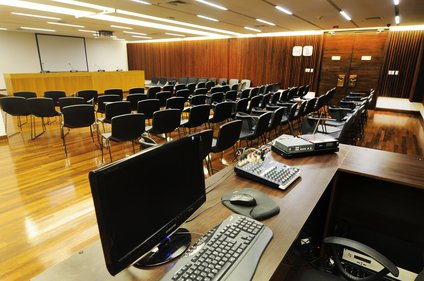 GAM counts with for open spaces: central square, east square and west square, all connected with the Alameda, and the Plinth square, on level with the sub-level of the B Building. They have spacious accesses and can host great amounts of visitors. Every show and activity done in this plaza must consider loudness restrictions. 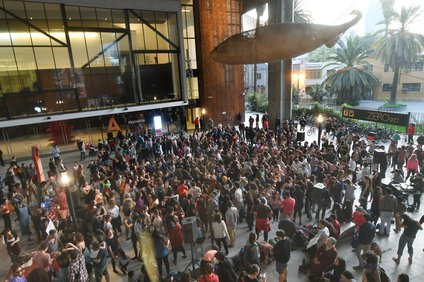 GAM’s Library it’s a 1,278 square-feet space with open shelves and rooms specially designed for studying and reading. BiblioGAM has two great picture windows, one stares directly into Alameda and the other into Barrio Lastarria. GAM’s Library it’s available for the encounter of creators and their public through book launches, exhibitions, talks, workshops and other activities. It’s located on the third floor of the A Building. 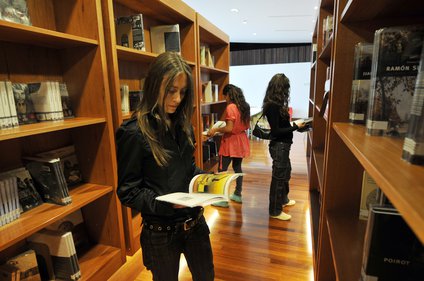 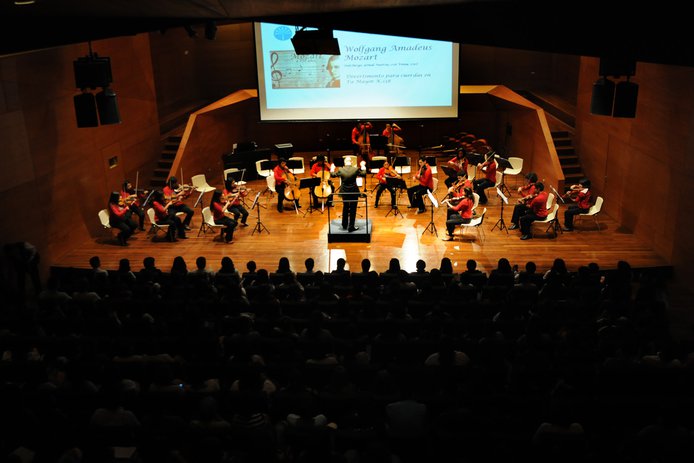 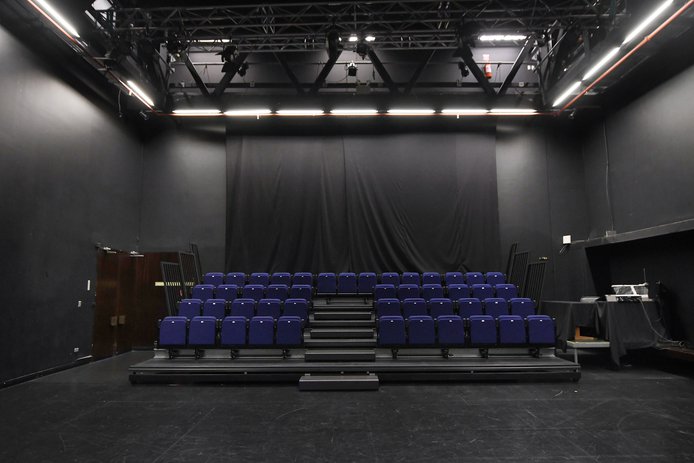 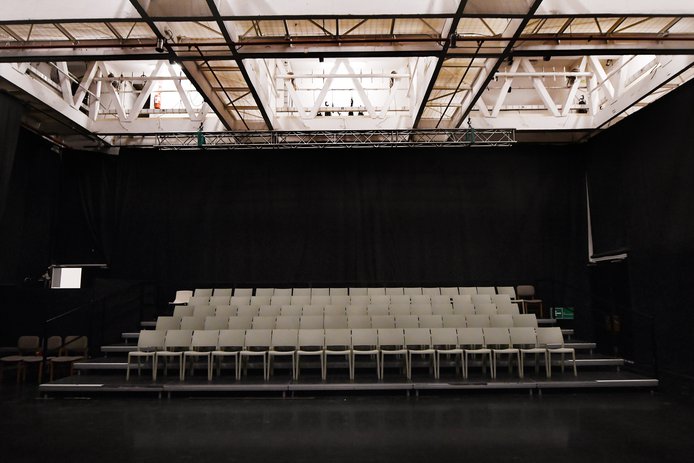 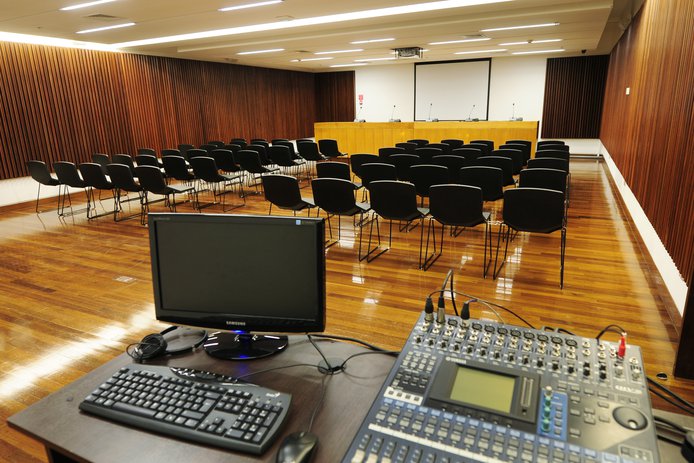 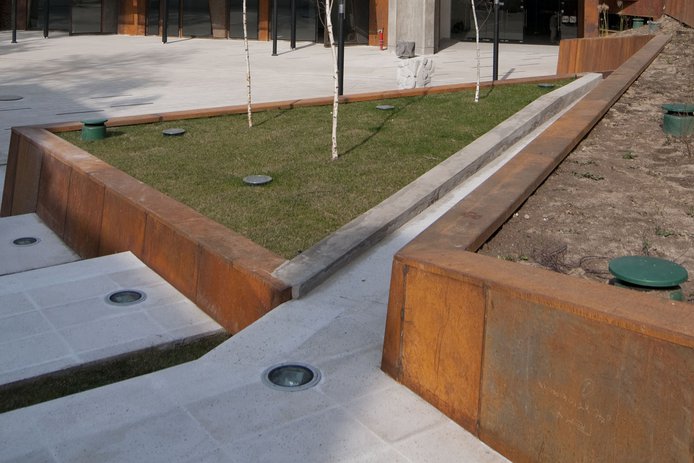 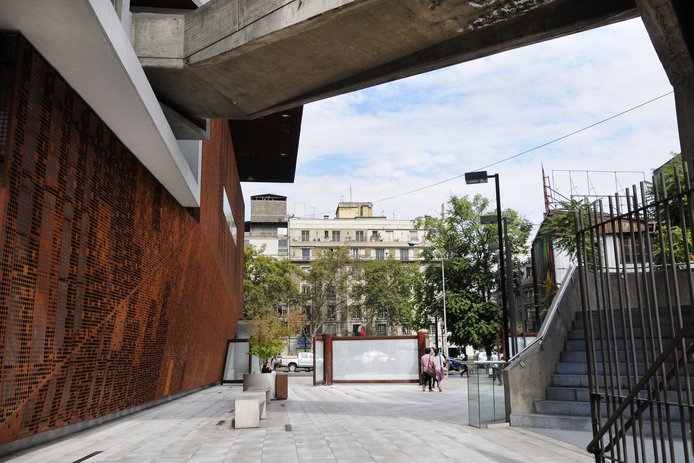 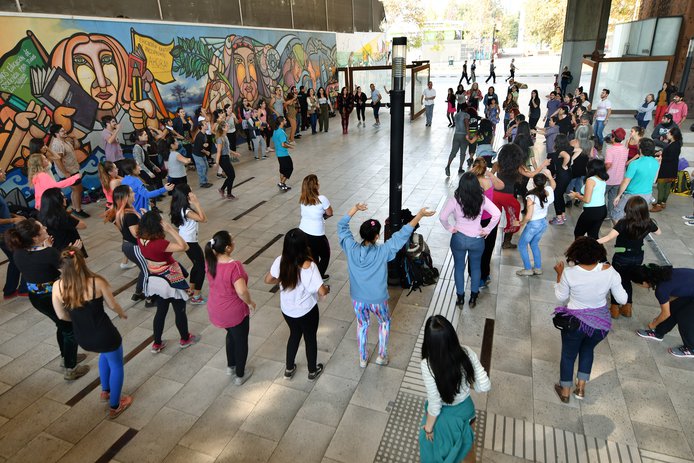 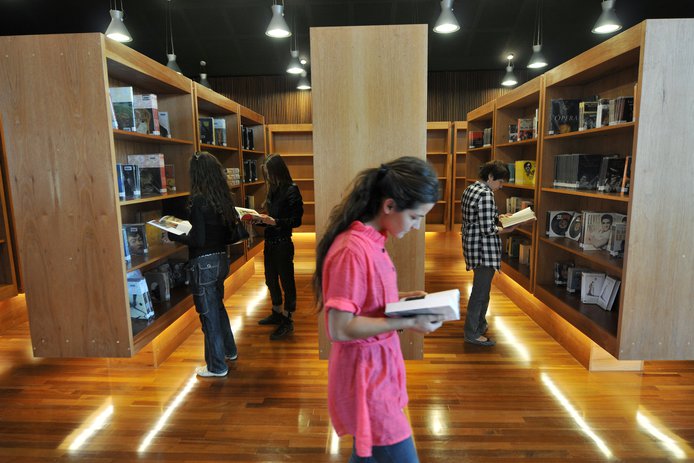 Review in detail our rooms and spaces.

Since 2017, GAM seeks to have a bigger role in both national and international culture by developing projects that can help their plays and knowledge to open and circulate across different spaces of the Región Metropolitana, different regions of the country and different countries in different continents. The objective is to widen access to culture, contribute to decentralization and emphasize Chilean creations.

On 2017, this effort allowed 59 performances of scenic arts that were seen by 19.119 people in eight regions of the country, in 21 different communes. Also, artistic development projects for people living with disabilities with teachers were taken to three southern regions. And for the first time there was transference of knowledge with regional cultural organizations.

On 2018, the piece developed by GAM reached Peru and Costa Rica, and, in Chile they reached 9 regions, including the Metropolitana, in 18 different communes. There were 55 shows outside GAM, reaching 19.039 people.

On 2019, the art program and GAM transference of knowledge reached Argentina, Brasil, Germany and Colombia; in Chile it reached 5 regions, including the Metropolitana, in 11 different communes. In total, there were 34 shows outside GAM, reaching 10.453 people, and six transferences of knowledge in which 114 people participated.